Outside Fifth Avenue’s Temple Emanu-El after the memorial service for Joan Rivers. I was there to cover it for Kates-Boylston’s “Funerals of the Famous” series. The experience was rather surreal as we were sitting in the second row, right behind Howard Stern and his beautiful wife, Beth. Howard Stern is not listed on the program, but was a surprise speaker. Donald Trump, along with his wife and family, was three rows behind us. Saw Barbara Walters, who we did not recognize at first. Mostly because she is so tiny in person. She actually came over and asked Tony a question (he looked like part of the security detail in his sunglasses).

I had the privilege of meeting Joan Rivers at a party, in 1988. Five years later, she invited me on her daytime talk show. I noted this in “Grave Undertakings” in a passage which reads in part: “…I received a call from the producers of Joan Rivers’ talk show. I thought it would be a thrill trading quips with the famous comedienne. She was my favorite.” On the show she asked me about my work and, of course, invoked her special brand of humor. I could never have imagined back then that I would one day be attending her memorial service, let along writing about it. 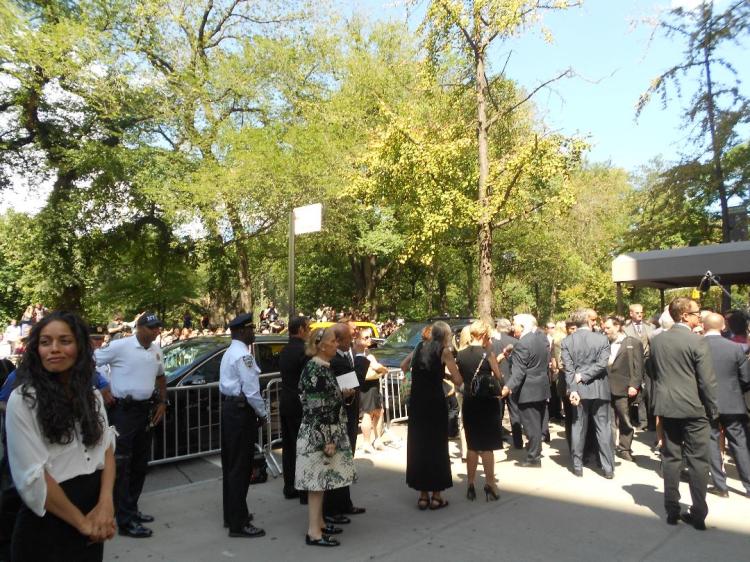